Why Are Bathrooms So Poorly Designed For Ventilation? 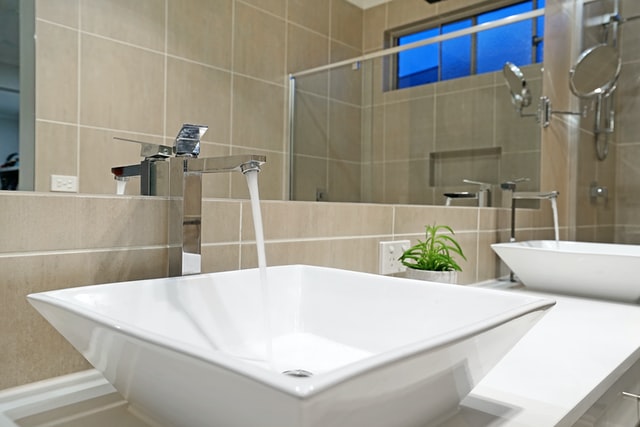 It’s a question that most of us have asked ourselves at one time or another, especially after experiencing a shower in a damp, dripping bathroom covered in blooms of unsightly mould. Is there a reason for the poor design? And what can be done about it?

The Problem Of Poor Ventilation

Poor ventilation is a familiar problem in many bathroom settings, and it can lead to a range of problems. With its distinctive black, speckled appearance, growths of black mould are perhaps the most well-known – and certainly the most feared. Mould feasts on microscopic particles of skin, soap, and hair, and multiplies rapidly in warm, humid environments. Even with harsh chemicals such as chlorine bleach, mould can be almost impossible to remove, especially once it enters paintwork, plaster, or brickwork. Breathing in the spores can lead to respiratory illnesses and allergies, resulting in a serious threat to health.

So Why Are Bathrooms So Poorly Designed?

The original idea of the ‘water closet’ dates back to the early industrial era, where the primary function of the room was as a latrine. Sinks and baths came much later, and well before the days when most homes had running water. As such, early bathrooms did not have the correct atmospheric conditions for mould. By the time that electric showers were invented, the basic bathroom design was well-established, so when the problem became apparent it was already too late. Engineers quickly applied the extractor fan as a solution, but these are rarely sufficient to control the problem entirely. As such, architects have had to design creative responses to the expensive issues of mould and leaks.

The best solutions have focused on two areas of bathroom design: the shower, and the materials used. The shower is the primary source of the hot, misty water vapor that mould thrives on, so finding ways of safely containing the spray has been crucial. Self-contained shower pods are ideal for ensuring that spray is controlled within a single area. Additionally, materials are central to mitigating mould for two reasons. Firstly, hygienic surfaces that are easy to clean remove the food source that enables mould to flourish. Secondly, non-porous, leak-proof, plastic drip trays prevent standing water from escaping. Thankfully, all these features can be combined into a single, efficient shower pod.

The Benefits Of The Shower Pod Approach

Domestic and commercial sites that opt for shower pods to prevent mould and leaks report several benefits. Firstly, the approach is highly cost-effective, especially as installation time is swift. Additionally, with a range of designs and sizes available, the pods can be neatly retrofitted into any bathroom space. Other benefits include a reduced requirement for the use of hazardous cleaning chemicals, many of which can be even more toxic than the mould itself. Finally, installing a shower pod for reducing bathroom mould and leaks can reduce the long-term maintenance costs that arise from poorly ventilated bathroom spaces.

If you’re struggling with a poorly ventilated bathroom, or want to ensure that your new installation will be problem free, why not give the experienced design team at Advanced Showers a call today? You can also find out more in our free Ultimate Shower Pods Guide, which can be downloaded by clicking here.